That UniData prospect became a client.  Here's how we "hit the ground running" for them ...

Case in Point:  We signed the above prospect, Griffin Greenhouse & Nursery Supplies, as a UniData client with 12 warehouse locations in 8 states after they “courted” us for 3 months, conducted teleconference interviews, checked our professional references, and decided they liked both our rates and our level of expertise.

Then they gave us our First Project:  they knew there was a nightly process which ran just after midnight and took about 8 hours to finish.  It analyzes all the major files in their system then generates summary records by date for their "Flash" reports.  They wanted us to find the nightly process then write a detailed description of what it does.  BUT they did not know the name of the nightly process routine, what program file it was in, what other routines it ran, what files it wrote to, or how it was activated each night.  All we had to go on was the word "Flash".  Then they added, "Oh, by the way, sometimes it doesn't run but we don't know why not.  We only know it didn’t run when we try to call up a report for yesterday's date."

Long Story Short:  in less than 33 billable hours, our CEO and 2 District Managers, working concurrently on a system and with software we had not yet seen, were able to find the phantom process that launches the nightly report, identify all the routines it runs & the program files where they reside, explain in detail what each routine does, correct errors in the code which the phantom process was reporting, streamline some of the code for faster processing, and write a small utility that the client can run anytime, day or night, to learn the current status of the nightly process.

And if we cannot help, we'll help you find someone who can.  Here's an example ...

We got a call from the owner of a Heating and Cooling company in Wisconsin.  His first words were, "I think I'm on the verge of disaster."  Both the quarter inch cartridge and half inch tape drives on his 25 year old C.Itoh PICK/R83 system had stopped working.  They would no longer read or write.  To his credit, he had been faithful in making nightly backups and replacing outdated tapes with new ones.

His system contained not only current client data but archives dating back to 1971.  He had thus far been unsuccessful in finding anyone who could either repair or replace his tape drives.  And because his software was written in RPL, he did not believe there was anyone who could migrate his data & source code to a new system.

He googled "pick software" and said we were the only ones who looked like we knew what we were doing.  I said, "I'll tell you what.  If we can't help you, we'll help you find someone who can.  How does that sound?"  He replied, "I am going to love you!"

First, we contacted a hardware supplier in Minneapolis who located two second-hand replacement drives in their warehouse and sent them to him by overnight express.  He installed them and was back in business.

But although the immediate fire was now out, he was still in danger of imminent disaster.  This time, it was the tape drives.  But next time, it could be the disk itself.  We contacted a company in Southern California who referred us to a Tiger Logic D3 VAR in Massachusetts who said they could not only migrate his data but his RPL software as well.

We urged this caller to contact the Massachusetts VAR then send them a recent file save tape and pay the extra few hundred dollars to have them do "Proof of Concept".  They would load his tape onto one of their test D3 systems then let him login and play with his own screens & reports.  We added that a report which used to take an hour to process would be printing in the time it took him to walk to the printer.

A few days later, he called to say he had just placed an order for a new D3.  He was very impressed with the "Proof of Concept" and thanked us for our help both with the tape drives and the new system.  I asked if he had an opportunity to print a report, and he said we were right - the report was printing in the time it took him to walk to the printer.

As a result of our free help with his disaster recovery, we landed a contract with his company, Wesley Heating & Cooling, to complete a data migration that he had been working on for three years.  In business, one hand still washes the other.

Please note that we are a multivalue development corporation – not a Recruiter.  None of us works full time onsite for any client; instead, we work concurrently by secure remote access to beat deadlines.  And our consultants share their resources and expertise with each other.  We take on projects as client needs arise and schedules permit.  But we will always make the time to listen to your concerns and let you know when we anticipate being able to address them.  Quite often, we are ready before the client is, no matter how urgent the stated need.  As Senior PICK Programmer / Analysts, we are accustomed to “hit the ground running” with only a few minutes of orientation, not days or weeks.  That fact alone can greatly reduce the strain on your IT budget.

We're MvCaTs - PICK of the Litter for Discount MultiValue Support. 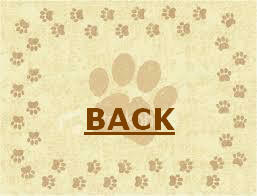